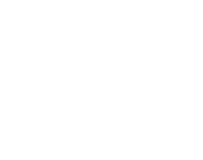 New smart appliances and devices that make lives easier are certainly attractive from a practical standpoint. But for many, they are simply out of reach from a budget standpoint. However, a new device is inexpensive, easy to install, and can turn many of your traditional appliances into smart ones. This handy device is called a SwitchBot (the Bot).

The Bot is a small, box-shaped device with one mechanical arm. The universal SwitchBot works on rocker switches and any gadgets with a push button. It comes in 2 classic colors, black and white.

With this tiny Bot, you can retrofit any light switch to a smart switch, instead of replacing it. SwitchBot comes with a replaceable battery that can last up to 600 days. You can control the Bot using any iOS or Android smartphones via Bluetooth.

What Can You Do With Switchbot Bot?

Essentially, the Bot allows you to perform 4 simple actions, push, pull, push and hold, pull and hold. The possibilities and combinations are endless; some of the most popular include the following.

Setting Up The Bot

Installing a SwitchBot is a breeze. Simply attach the included 3M double-sided tape over any operating button; that’s it! Remember to clean the button’s surface with an alcohol wipe keep the SwitchBot in place for a long time. You can also remove the Bot and reuse it on other devices again with minimal cleanup.

Once setup, you can still manually push the button the old way when you do not have your phone with you.

Just down and install the app, grant location permission when prompted, and the Bot appears in the app. The SwitchBot connects with Bluetooth to your smartphone via the SwitchBot app. You can program the Bot to operate up to five different times during the day using the app. In addition to the Bluetooth connection, you can also control it using Wi-Fi through the SwitchBot hub. The hub allows you to control the SwitchBot using IFTTT, SmartThings, Siri, Google Assistant, and Alexa.

As versatile as the SwitchBot has proven to be, there are limitations when using this device. Most notably, when you have a device or appliance that uses multiple buttons for operation. For example, if you have a blender, you can use the SwitchBot to turn it on or off. But setting the speed or chopping motion of the blender requires additional functions that a single SwitchBot may not be able to handle.

Plus, there is no notification if your SwitchBot goes offline for some reason. You only find out when the device is not working. And finally, the push might not be strong enough for buttons that require bigger force, such as the roller shutter.

New smart appliances and devices that make lives easier are certainly attractive from a practical standpoint. But for many, they are simply out of reach from a budget standpoint. However, a new device is inexpensive, easy to install, and can turn many of your traditional appliances into smart ones. This handy device is called a SwitchBot (the Bot).

A Complete Guide to Getting the Best Ceiling Fan

mention.sg is where you shop before you shop! We are a group of enthusiasts dedicated to helping you make sure you trust what you buy. We’re regular people trying out and researching on products/services in our own lives.